What a beautiful day we had for this year’s show, sunny and warm it certainly brought out the crowds and made for a pleasingly busy Showfield.  The layout changes that were introduced for last year’s show were so successful that they were once again adopted for this year. This enabled us to further develop the size of the food festival.  This part of the show has really developed in recent years and serves to highlight local farm produce from farm to plate

The craft tent was again full this year and busy throughout the day this section may have to be expanded in the future as there appears to be quite a waiting list of potential exhibitors. Home industries exhibits were particularly strong this year, probably as a result of the nice summer weather that coupled with the efforts and ingenuity of the exhibitors.

The livestock sections were a central part of Dumfries show as always. This year we were honoured to host the Scottish National Hereford Show.  It was so nice to see Herefords back at the show.   The sheep section was also well represented with the Show hosting the Bluefaced Leicester Progeny show.  The goat tent too had a great turnout. Finally, the horse section had a few less entries than past years with the hard ground keeping some exhibitors from competing.  That said, there were still over 400 horses over the two days. Congratulations to all the livestock exhibitors for their efforts, the standard of stock shown is second to none at Dumfries and a great advert to the farming industry.

The recipient of the J M Rome Award was Mrs Esther Bicket, our past show secretary, whose many years of service ensured the smooth running of the show. There were also four long service medals awarded a great achievement for those individuals providing great service and stability to both their families and employers.

Many thanks to the many sponsors of the show and the trade stands and livestock exhibitors without whom the show would not be possible. 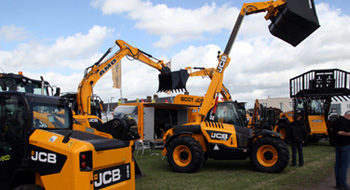 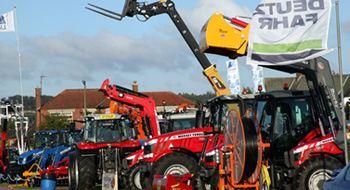